It feels nice to take a small break and write for a bit.  With less than a month away from April 17th, tax season is reaching its peak for us now.  More clients, more work, more returns to wrap up and get out the door.  So thankful for our solid team, but I think we are all feeling the pressure these days.

This past week has been a crazy one for me.  I went up to Boston for a few days for work while Anna was her part of spring break with her dad.  It was difficult to take off and go while she was competing in her very first Junior Olympics.

She did so well and dropped time in all her events, while her swim team as a whole came first in South Florida.  I did talk to her after each one of her events, and I was thankful that my good friend Sarah and her daughters surprised Anna on one of the days.

Boston was insane this past weekend with the usual St. Patrick’s Day celebrations.  Given our office/condo is right in the heart of downtown, the noise is awful from the area bars.  But, since Michael and I were working late every night anyway, the noise and music wasn’t as distracting as I thought it would.

I had forgotten how seriously Boston takes this holiday… aside from funky costumes and hats, I even saw green snow in front of one of the bars.  By Sunday, the celebrations had finally died down.

On my way back to FL, I stopped by DC to visit our new office in Georgetown.  Located right on the towpath it’s not only a convenient location, but I was very happy meeting the staff there and working out of the co-sharing space for the day.  I met with a good friend of ours for lunch and then I mostly enjoyed unfolding at the Watergate for the evening.  The hotel exceeded my expectations, the view was awesome and the service was spot on.

Staying there for the night was such a special treat, and I especially enjoyed my time at The Next Whiskey Bar, located right at the lobby.  The time just flew by that night.  My flight was super early the next morning and heading back to Florida was  tough.

This weekend, Anna, my mom and I are visiting George and Jim in their Denver home.  While I have to work everyday, it’s nice to take timed breaks to enjoy hiking and trips to downtown.  I especially enjoyed yesterday’s hike in Cherry Creek by the highland canal and the three ponds.  It was only about 2 mile hike, but the vistas of the front range were breathtaking. 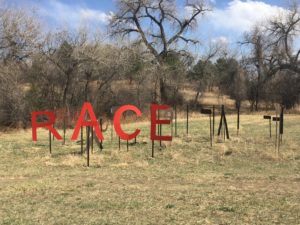 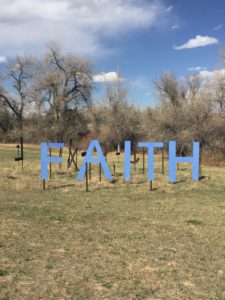 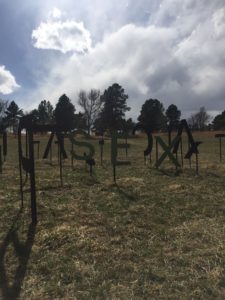 One of my favorite parts of the hike was when we walked around one of the ponds… it was so peaceful and reminded me how much I miss sketching.  I have some really beautiful images in my mind now.  And it was really inspiring when we came across a very interesting piece of outdoor art in the middle of a meadow.  An artist apparently was interested in making sharp contrasts in meaning with scrambling and unscrambling letters.  Named “The Beauty of Perspective,” when you first encounter the art piece it’s a group of letters that make no sense… if you’re curious… you start walking into a circle and powerful words are formed.  It really caught my attention.

And so it was so sweet because George and Jim grilled last night and we just enjoyed each other’s company.  Tomorrow I’ve been tasked to make dinner though… one of our childhood favorite dishes which reminds more of a beef ragu dish with handmade pasta.  I’m really looking forward to that and will share the recipe when I have some more time.

I love how every year or two health experts, supported by chefs re-introduce the “in” veggie for the season.  In the past five years or so we went from sweet potato, to kale, to Brussels sprouts and most recently to cauliflower.  Thankfully, I’m noticing kale is being replaced slowly by chard and mustard greens.  I’ve also been reading that asparagus is coming to the forefront now and so are beets (two of my favorites).

However you slice the veggie, it’s just fun going produce shopping.  I remember growing up going to the “laiki agora,” the public local farmers market that shut down one of the main streets every Wednesday in Kifissia.  There were so many local markets and I recall the yelling, the negotiating, the curse words from the farmers to the shoppers.  I loved observing people at the farmers market.  And it always amazed me how, after yelling at one another in negotiating prices, at the end of the transaction both the shopper and farmer would be calm and thank one another till next week.  Fascinating.

Later on, when I moved to Boston in 2001 for grad school, I would go to the Haymarket downtown on most Saturdays.  It’s not that it was the best produce, but I was on a budget and the Haymarket reminded me a lot of the markets I grew up with in Greece.  It was all very familiar to me.  I would sometimes negotiate, though it really depended on the person.  Since I don’t like getting yelled at, I would generally just pay the price if it was low enough.

I also noticed that a genuine smile went a long way back in those days.

One Saturday, I went to the Haymarket to buy tomatoes and remember that the farmer was smiling and staring at me as he just kept filling up the bag of tomatoes to the top.  It was really funny.  He only took $1.50 and I think I ended up with 15 delicious tomatoes!

Like most of us, I had my share of not liking some veggies growing up.  Cauliflower? Yuck.  Okra?  Double yuck.  Sweet potato?  That was such a foreign vegetable to us in Greece and always tasted to me like a wannabe potato.  As I learned how to cook on my own, I realized that there wasn’t just one or two ways of preparing a vegetable.  What I love about cooking is the fundamentals are hard core strict, but creativity is endless.  No rules apply to the creative process of cooking… you can add and take away, explore as much as you want.  What’s not to love about that?

Anyway, specifically with cauliflower, I tried so many different recipes… I grilled, boiled, braised, broiled and sauteed the heck out of it.  I know many chefs cover up cauliflower with tons cheese and cream to make it into mashed or mac-n-cheese.  While delicious, for me that’s a cop out.  The cauliflower is not the star.  And if it can be yummy, why shouldn’t it be?  So, I’ve come up with a cauliflower recipe that I love and happy to share with you.  Warning: I constantly improvise this one, so… you can adjust the spices to your taste.

2 scallions (green part only) or chives, diced up

Salt and Pepper to taste

Cut the cauliflower into florets.  I know it smells the kitchen, but I like to steam the cauliflower just enough so that the bite is gone – steam for 5 minutes and drain.

In an ovenproof skillet, heat the olive oil on medium-high and toss in the chopped onion and saute for 2-3 minutes.  Add the garlic and crushed pepper and stir in for another minute.  Be careful not to burn the garlic.  Set skillet on medium heat and add in the steamed cauliflower.  Coat with the olive oil until it is lightly brown.   Stir in the tomato, turmeric and vinegar.

Semi-cover and cook for about 15 minutes or until cauliflower is tender to the fork.  Meanwhile, while the cauliflower is cooking, preheat the broiler.

Uncover the skillet and place under the broiler just enough so that the cauliflower and tomato relish obtain a bit of color, no more than 2-3 minutes.  If you really want to add cheese, this is the time.  I would sprinkle feta or Gruyere before placing under the broiler.

Sprinkle the chopped chives or scallions for effect.

Serve warm and in only awesome company who appreciate you 🙂